Response times are critical when managing emergencies and natural disasters. Government and public safety agencies are constantly under pressure to improve how they manage these events with the key focus on network connectivity, capacity and capability. Access to mobile broadband is the key driver to effecting this change.

These secure and resilient mission-critical networks must guarantee connectivity for everyone, anywhere and anytime. Public safety networks support real-time situational awareness and intelligence-driven solutions, not just in the wake of an emergency but also to provide day to day support to the emergency services. These networks gather mission-critical intelligence on the current situation to improve response management. In addition, demand for bandwidth is growing, with access to data, video streams and social media now an integral part of critical comms services.

In recent years many governments and public safety agencies have invested in mobile broadband public-safety network projects. ATDI has played an integral part in these rollouts with the supply of HTZ Communications and consultancy support services. These cases show how public safety networks are evolving and the impact these changes have to those on the ground.

Korea
The South Korean public-safety network Safe-Net, is a nationwide PS-LTE network. The three-phased project was deployed across three districts; two being awarded to the national mobile operator, Korea Telecom (KT) with the remaining district to SK Telecom (SK). This mission-critical network was awarded spectrum in the 700MHz Band 28 which is shared with all three services users: LTE-R for railways, PS-LTE for public safety and LTE-M for maritime services.

Following two successful pilots, network deployment commenced in 2018 with completion due by 2022. The network allows the three stakeholders to share the RAN to reduce interference and to make costs savings. Similarly, all three service users access the same command centres located across the country. While the project was rolled out by national commercial network operators, the network itself wasn’t designed on subscriber growth predictions like a traditional mobile network, but instead focussed on economies of scale and channel capacity for core services across geographical areas. This allows more users to access limited base station resources at any given time.

On completion of the Safe-Net network, it’s expected that services will be activated and coverage expanded from 2022 with network enhancements and migration by 2025. These developments will support the IOT platform, drones, wearable devices for the first stage and 5G, AI, m-Workspace and robotics by 2025.

Germany
Germany’s public safety digital radio (BOS) network is the largest TETRA network in the world and when completed in 2017 included over 4,500 base stations and covered 99% of the country. Since completion, the main contractor Airbus has upgraded the core network backbone from circuit-switched to packet-switched technology, to create an IP-based backbone infrastructure. Other proposed upgrades include an update to the existing TETRA network to support operations until 2030 and the second to achieve a broadband solution either as a standalone network, as a mobile virtual network operator (MVNO) solution or as a hybrid network to improve network capacity. The hybrid option will enable both TETRA (voice communications) and LTE (data services) to be used across the same network, depending on availability or traffic. Given the lack of available broadband spectrum for PPDR use, it’s suggested that a hybrid solution is possibly the best way forward.

Airbus operates multiple licenses of HTZ Warfare which is used for network planning, maintenance and optimisation. Due to its technology-neutral position, HTZ can manage different technologies across the network while supporting ongoing network improvements.

UK
In the UK, the Emergency Services Network (ESN) is under development to support emergency services and replaces the current Airwave network. The software behind ESN is being provided by Motorola Solutions with the infrastructure being built by EE, the UK’s largest mobile operator. This network is created by upgrading their existing network, including deploying more 4G base stations in rural areas.

To maximise coverage for the emergency services, the government is building additional sites in rural areas of Britain. These sites will also form part of the Shared Rural Network which allows commercial network operators to share infrastructure to improve coverage. To date, the core elements of the technology have been delivered with a push-to-talk solution now working on ESN devices connected to the EE network. The Home Office has developed an Air-to-Ground solution that interlaces with Airwave. To date, the Control Room integration has been successfully demonstrated and a ‘data only’ service is also operational, increasing access to the number of emergency services users. The programme plans to deliver additional coverage including for rural areas and London Underground and is scheduled to be fully operational by 2025.

To learn more about our products and services, contact us today. 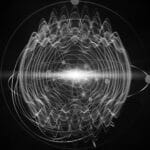 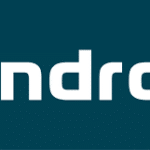