Electromagnetic Spectrum (EMS) is widely used for military operations. Competing demands for the radio spectrum means it must be strictly coordinated and controlled. Battlespace spectrum management is the planning, coordination and management of EMS to allow military systems to perform their functions without causing or suffering from harmful interference. ATDI's flagship EW planning tool, HTZ Warfare, specialises in electromagnetic deconfliction.

Significant importance is placed on the performance of radio intercept receivers, direction finders and communications jamming equipment. Mission success often relies on the ability to intercept or jam enemy communications. And, to share information with the command structure without undue interference.

HTZ warfare removes the complexity of calculations in the field and simplifies the user experience intuitively across a wide range of applications, including: 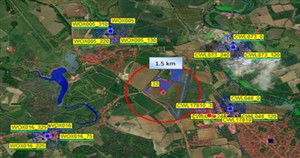 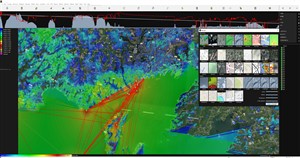 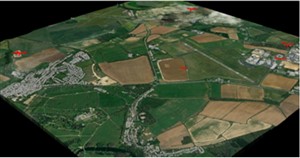 Because 5G operates in high-frequency bands, accurate cartographic data is needed to consider the terrain, clutter heights and building which may impact the service, network latency and capacity. ATDI offers access to a comprehensive library of map data, available for download for customers with a valid maintenance contract. These high-resolution maps support signal loss modelling which is characterised by the geo-spatial environment and identify buildings and clutter that impact mmWave propagation.

5G networks offer three distinct use cases for industry, each offering its own distinct benefits to users, communities and industry as a whole.

This tutorial gives a high-level overview of the features and functions available in HTZ Communications & HTZ Warfare.

Often technology advancements and deep pockets win wars. However, good communication networks in the battlespace can be the difference between military success or failure. Nowadays, ministries of defence are compelled to assess their radio spectrum use to ensure their spectrum management practices reap maximum benefits.

Defence & security communications have been an integral part of ATDI since its outset. The scope of this work ranges from auditing the use of military spectrum to advising and supporting studies on coexistence, releasing spectrum for commercial use and the reallocation of spectrum for reuse with other technologies.

HTZ Warfare offers dedicated features for the defence and security markets including:

HTZ Warfare supports all technologies and functions for the defence and security markets, including:

Check out how Drones are used in the military and defence sectors.

As the use of drones or unmanned aircraft (UAV) grow, businesses and Governments are seeing significant demand and growth in areas like transport, military, logistics and commercial sectors.

Drones are controlled by a ground control system (GSC) which operates remotely or autonomously. Wireless connectivity lets pilots view the drone and its surroundings from a birds-eye perspective. Users can also leverage apps to pre-program specific GPS coordinates and create an automated flight path for the drone.

The data links use a radio-frequency (RF) transmission to transmit and receive information to and from the UAV. These transmissions share information like location, distance and location to target, distance to the pilot, payload information, airspeed, altitude and more. An autonomous drone can conduct a safe flight without the intervention of a pilot.

In the defence and security sector, UAVs are used as target decoys, for combat missions, research and development. Their growing use has reduced losses in the field and enables the execution of high profile and time-sensitive missions.

Counter-drones are used to jam the signal between the drone and drone pilot.

Check out our Counter-drone demo today.

Electromagnetic Spectrum (EMS) is widely used for military operations. Competing demands for radio spectrum means it must be strictly coordinated and controlled. Battlespace spectrum management is the planning, coordination and management of EMS, to enable military systems to perform their functions without causing or suffering from harmful interference.

Significant importance is placed on the performance of radio intercept receivers, direction finders and communications jamming equipment. Key features that determine the success of a mission is the ability to intercept or jam enemy communications. And similarly, to share information with the command structure without undue interference.

With over three decades of development, HTZ Warfare is a leading military network planning and EW modelling tool. This feature-specific software supports military units around the World. Key functions include:

HTZ warfare removes the complexity of calculations in the field and simplifies the user experience intuitively across a wide range of applications, including:

Check out our BSMS company presentation.

Users will benefit from additional map data sources from the MaXar portfolio. These raw satellite images are used to create high-resolution datasets, which are available on request. Users connect to the MaXar server using the SecureWatch API from directly within HTZ, to display the latest images available on their WMTS.

As spectrum congestion grows, so does the likelihood of interference on military radars . These vital resources support air defense systems used to target detection, recognition and weapon control. Protecting radars is essential and this article looks at radio propagation, interference analysis and mitigation techniques to identify and mitigate this risk.

Disruption from rogue drones is forcing many airport authorities to adopt anti-drone solutions to protect their airways. This use case looks at the increasing importance of anti-drone technologies to protect areas like airports, critical infrastructure, large public spaces and military installations and how to plan and optimise a network using HTZ.

Request a software trial or demo